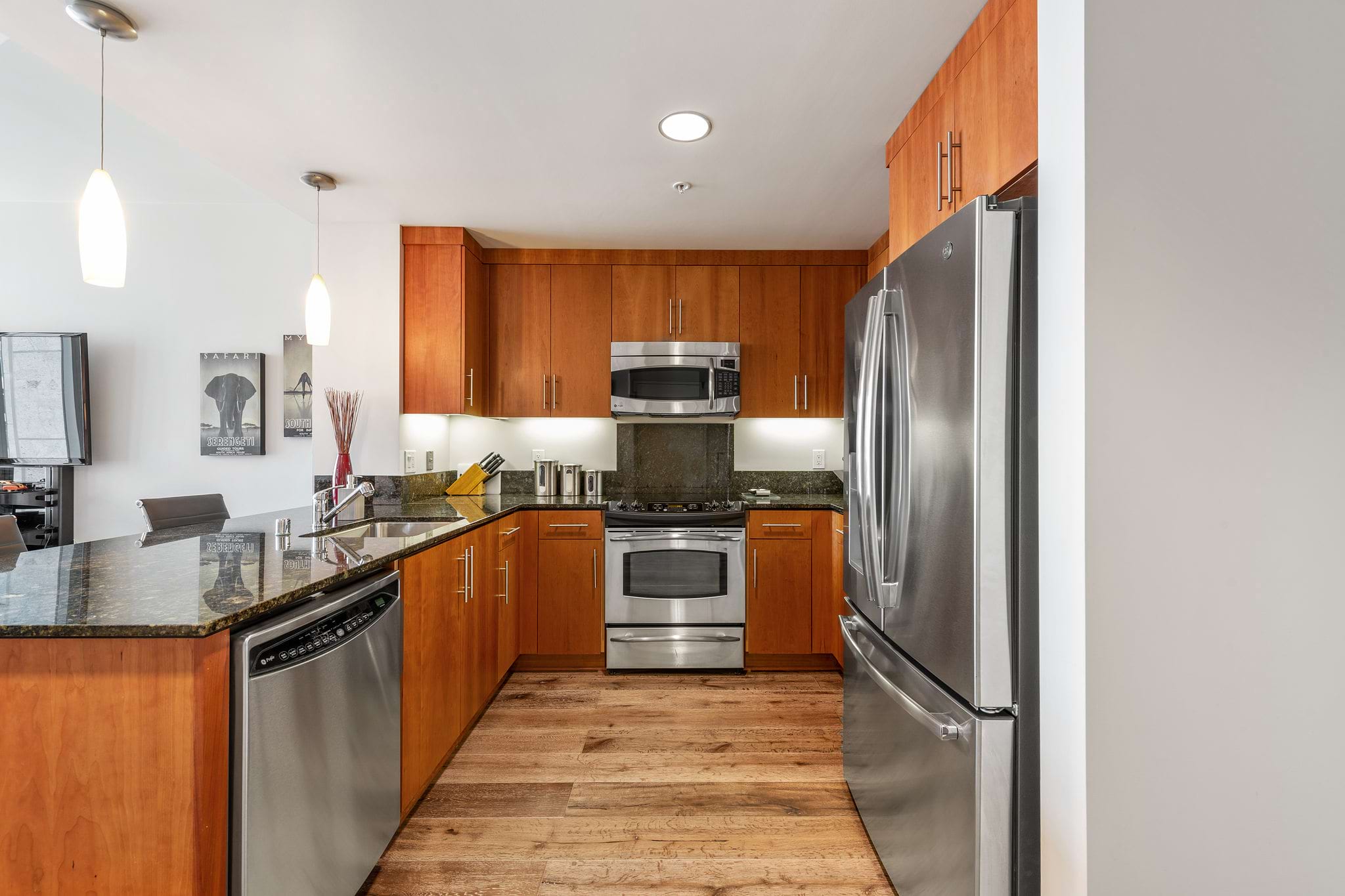 Welcome to the award winning AXIS luxury condominiums in downtown San Jose. Resort like living abound in this stylish east facing unit with all the convenience of downtown living at your fingertips. Floor to ceiling windows with city scape views of downtown are perfect to gaze out when entertaining your guests. Enjoy the beautifully remodeled bathroom with upgraded full walk-in shower and stunning blue/white tiles. New engineered hardwood floors show off this truly stunning unit.  The gourmet kitchen features granite countertops and top-grade appliances from GE. Large bedroom with walk in closet features built-in drawers. Other amenities include a pool, 2 hot tubs, BBQ's, outdoor kitchen and fire pit. A friendly concierge service and 24/7 security give you peace of mind along with secured parking.  Stepping out on the town was never easier as AXIS is a quick 3 minute walk to dining establishments in Little Italy and 2 blocks away from San Pedro Square. The SAP center and CalTrains are just 2 blocks away and provide quick access to rail service up the peninsula.  BART is pending as well, and with AXIS being at the center of the proposed Google Village, downtown living is waiting to be explored.

With a population of nearly 1 million, San Jose is the largest Bay Area city and the third-largest city in California. Founded in 1777, San Jose was California’s first civilian settlement and one of the first incorporated cities in the state. It also served as California’s first state capital. The countless activities available and the proximity to some of the region's largest technology companies are two of the main reasons people live in San Jose. San Jose offers great access to public transit, with service from Amtrak, Caltrain, the Santa Clara Valley Transportation Authority, and other agencies. The city has its own airport, Norman Y. Mineta San Jose International Airport. Museums include the Children’s Discovery Museum of San Jose, the San Jose Museum of Art, The Tech Museum of Innovation, and the San Jose Steam Railroad Museum. Sports fans have several teams to follow, include the San Jose Sharks, the San Jose Earthquakes, the San Jose Giants minor-league baseball club, and the San Francisco 49ers, who recently relocated to neighborhing Santa Clara. Santana Row remains a popular dining and shopping destination. San Jose’s median household income is $82,000, and its median home value is $560,000, according to 2013 United States Census Bureau data. Of the city’s 314,038 housing units, 58 percent are owner occupied. 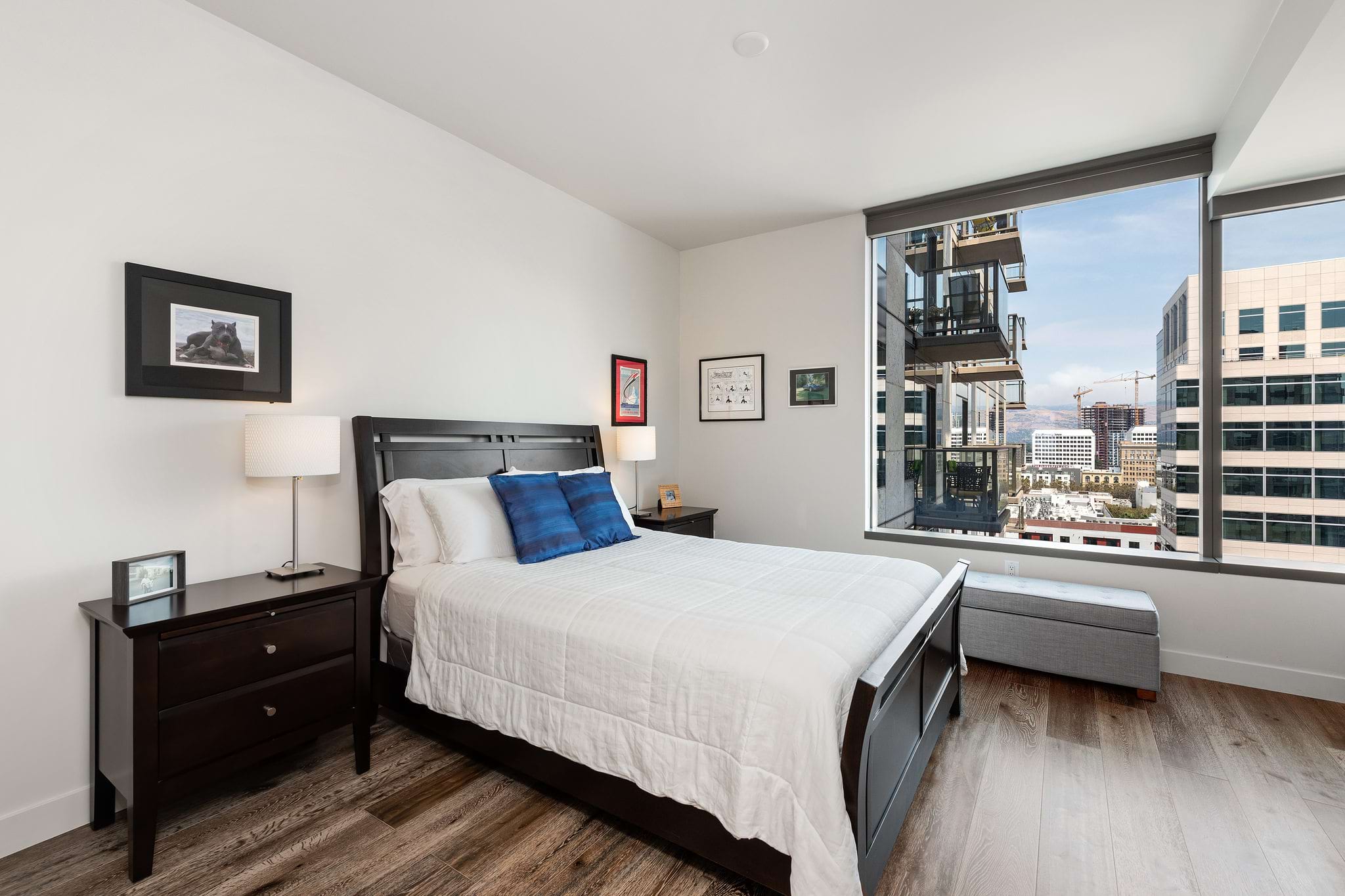